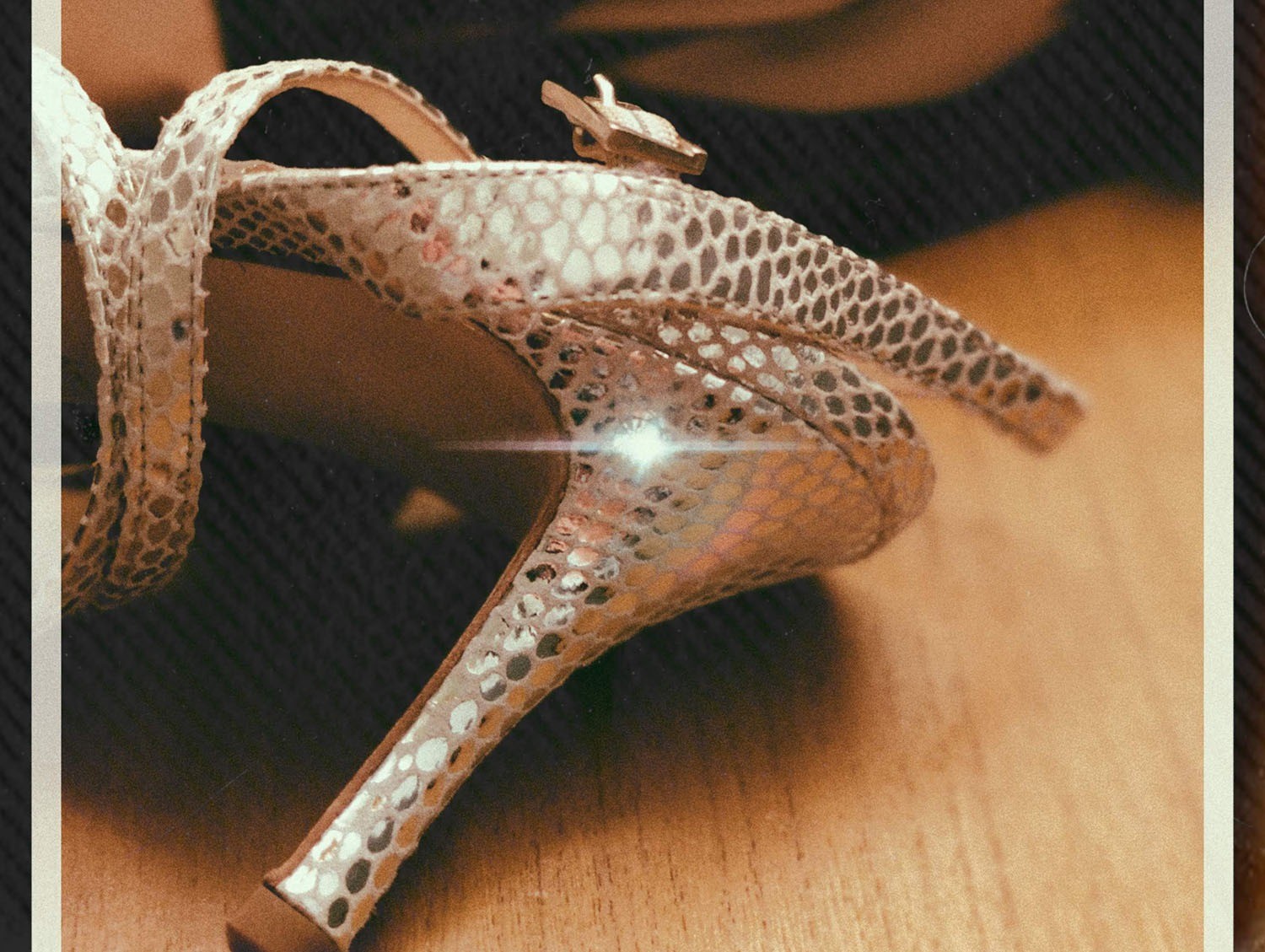 Now that we have told the story of Madame Pivot's birth and baptism, hopefully removing any doubts about alleged French origins, let's talk about a brilliant idea; so bright and dear that we carry it with us every step we take. Every brand would like an immediately recognisable trademark, but it's not easy to find something unique and special. We have seen stylised buckles, charms and trinkets of any kind on shoes, often with a reference to the brand. The idea of using a little brilliant as signature is not particularly revolutionary per se, but the whole concept developed in a curious way. Once the right dimension was found - the precious stone had to be big enough to be noticed but not as big to look kitsch - and the desired "swarovskian sparklingness" was achieved, there was still something missing. The solution to the next dilemma: "one is not enough, two is too much" was provided by the same tango rules of the ronda around the dance floor: if we move anticlockwise and the external shoe is always more visible, the problem can be solved by placing the brilliant only on the left heel! Coincidentally, both Madame Pivot founders are also left handed, so the decision was considered as a sign of fate.

Now you can tell the truth: how many of you at the beginning were looking for the brilliant also on the right heel, thinking of having received a faulty pair when you didn't find it? Don't play it cool, we have proof!! :)

Today the brilliant is the distinctive Madame Pivot trademark, so well known to be madly desired even by Lego's Arsène Lupin, who wants it all for himself! We promise the photo was not made by us and we had a proper laugh when we found it on the web by chance!